Lines and the Cartesian Plane

At this point, many people have seen several types of graphs. In the newspapers,
one sees pie charts and bar charts. These are both forms of graphs.
Often times in the stock market journals, one sees graphs that show the
performance of stocks over time. These are all ways of attaching a visual
representation to a bunch of numbers. 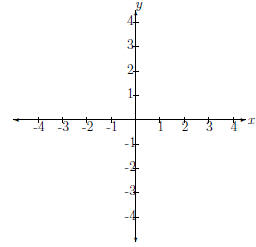 If you take a long hard look at this, it is just two real number lines crossed
as described previously.

Notice that there is an x at the right end of the horizontal number line
and a y at the top of the vertical number line. We call these two number
lines axes. Specifically, we call the horizontal number line the x-axis and the
vertical number line the y-axis. This is another convention mathematicians
use. This gives us a way of identifying each point in the cartesian plane as
an ordered pair (x, y). It is a pair because there are two numbers, and it is
ordered because we put the x value before the y value. For example, we can
find (2, 3) in the cartesian plane by going along the x axis to 2 and along the
y axis to 3. This is shown in Fig. 2. 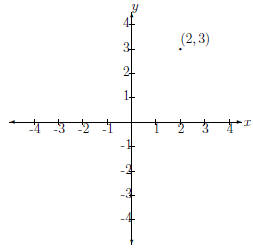 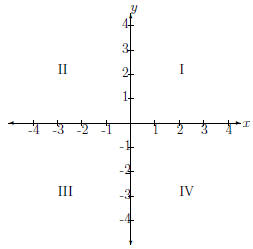 Figure 3: Quadrants of the Cartesian Plane 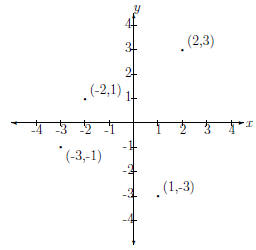 Figure 4: Ordered Pairs in each Quadrant

However, we don't have to pick integers as the x and y values to plot
in the cartesian plane. In fact, since the plane is constructed with two real
number lines, any real number will work for the x and y values. We will
exploit this in later sections to plot more complicated things. Our next step
is figuring out everything we can about lines.

Many people have seen lines before, either in plots on the news or in other
mathematics courses. However, if you have not, don't panic. We will go
through all of the steps here.

Let's start by looking at an example to get an idea for what we are going
to deal with. Let's look at y = 2x + 3. How do we start this? What are we
supposed to do? What does this have to do with graphing? How is this a
line?

The first question is the first one we should address. Since this has an
equals sign (=), this is an equation. We want values of x and y so that this
equation is true. What do we mean by that? We mean that when we plug
some x and y into the equation, we get something like 5=5. If, however, we
get something like 4=5, the x and y we plugged in do not satisfy the equation.
Therefore, if you happen to pick an x and a y value, (x, y), and it gives you
a true statement, you have found a point in the cartesian plane that satisfies
the equation. We can then plot this point in the cartesian plane.

Our ultimate goal is to find every point (x, y) that satisfies this equation.
But, we will take a step back now and devise a strategy for finding points
that make this equation true because it is not easy to just pick a point that
will work. 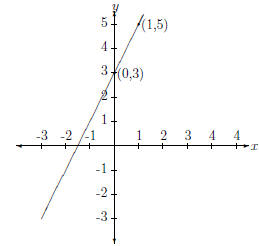 Note that it is easy to calculate the y-intercept of a line that is not in the
form y = m x + b just by setting x to zero and plugging it into the equation.
This gives us the value of y when x = 0. But, the y-axis is at x = 0, so this
value of y is the y-intercept. The same goes for finding the x-intercept. We
plug y = 0 into the equation and solve for x. This gives us the value(s) of x
where the graph crosses the x-axis because y = 0 everywhere on the x-axis.

Now, what about the slope? The slope tells you how steep the line is, and
what direction it is going. Strictly speaking, there is an equation to calculate
the slope if you have two points of the line,

We have given 4 ways of writing the slope, starting with the intuitive
definition and getting more technical at each step. All are equally correct.
However, using "rise / run" can lead to sign mistakes, so the others are
preferred.

Therefore, the slope, m, of y = 2x + 3 is 2. We can figure this out by
"walking" along the imaginary grid created by the cartesian plane. And,
according to our definition of slope as "rise/run," we go in the y-direction
for "rise" units and then in the x-direction for \run" units. These steps are
illustrated in Figure 6.

This graph (Fig. 6) illustrates an important point. We can walk along
the graph by stepping

and get the same thing. This is because

,
and all we did was multiply the numerator and denominator by -1. 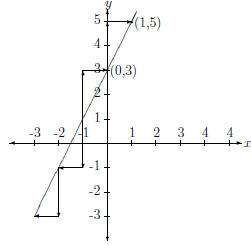 "Not so fast!," you say. "We only have one point (the y-intercept) and
the slope! This is not enough information to determine the line!" According
to our discussion this far, that is correct. However, consider the equation of
the slope one more time. But, this time, we know the slope, and we can leave

as x and y which we want to find. Let's use our slope of 2 that
we had before and the point (0, 3) and see if we can re-create the equation
of the line we had:

, multiply both sides by x to get

In general, the point-slope equation of a line is

where we have the slope m and the point

Finally, there is a general form of a line which does not tell us any characteristics
of the line, but can be manipulated to give us the equation of the
line. The general form of a line is ax + by = c. To prove that this really
is a line, consider 4x- 2y = -6. This is not in the point-slope form or the
slope-intercept form. But, we can try to make it into one of these forms.
First, add 2y to both sides. Then we get 4x = 2y - 6. Then, add 6 to both
sides to get 4x + 6 = 2y. Now, divide both sides by 2 to get 2x + 3 = y,
or, y = 2x + 3, the same line we have been working with this whole time!
However, in the general form, this equation didn't tell us anything. But,
after solving for y (i.e. getting y to one side of the equation by itself), we get
this into the slope-intercept form without much work.

There are several special ideas that I will mention here but not devote much
explaination to. They all have to do with slopes.

The equation x = a is a vertical line, for the same reasons y = a is a
horizontal line.

By definition, a vertical line and a horizontal line are perpendicular. This
means that the angle between the two lines in the graph is 90 degrees. This
idea of perpendicular lines can be extended to any two lines. If

are the equations of two lines, then they are perpindicular
if

This means that if we have any line y = m x + b, any line
perpendicular to it has an equation like

Line segments are just what they sound like: they are sections of a line.
Typically, we define a line segment by giving its endpoints. For example,
the line segment connecting (0, 3) and (-2, -1) is just the part of a line
connecting these two points. This is shown in Fig. 7. 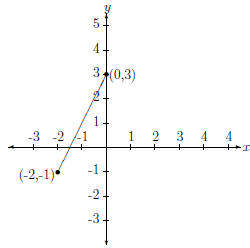 Is there a way to figure out the distance between these two points? Sure,
you could buy a ruler and measure them, but then you are just getting an
estimate. We want the exact length. Is that too much to ask? It turns out
that it really isn't. Remember the Phythagoran Theorem that has to do with
right triangles? Well, we can construct a right triangle around this segment
to find its length. We can draw horizontal and vertical lines from the points
to get a triangle with sides we can measure. In fact, sometimes we can even
let the axes do the measuring for us!

In Figure 8, we have drawn the only line necessary to make a triangle.
Now, let's look at the vertical side of the triangle. This has length

Looking at the vertical side, we see that the length is

Therefore, we can calculate the hypotenuse length by
the equation a2 +b2 = c2, and plugging in the numbers for the sides gives us 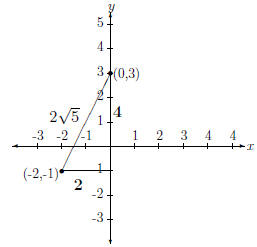 Therefore, the length of
our line segment is

This may seem like a trick, but it always works. The vertical side of the
triangle will always have length

and the horizontal side will always
have length

So, we can plug these into the pythagorean equation
for right triangles to get:

The keen reader would have noticed that we left out the absolute value!
However, this is not a mistake since

So, when we square the
terms, they become positive, making the absolute value excessive.

The final question we may ask is: "what is the midpoint of this segment?"
Well, if the numbers are nice and clean, we can usually tell by looking at the
graph. However, people do not always draw perfect graphs. Therefore, it is
necessary to find an equation to calculate it exactly.

, the midpoint of the segment connecting the two is given
by:

This has been plotted in Figure 9 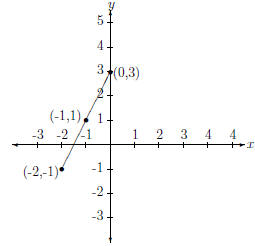